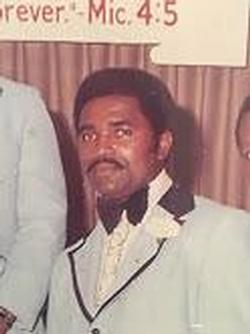 Larry attended Wilson County Public Schools after which he enlisted in the United States Army and was honorably discharged after serving four years. He proudly served his country and was based in Europe (stationed in Germany) during the Vietnam era.

The family will receive friends 2 to 3 p.m. Friday in the Carron’s Funeral Home Chapel.

Professional services have been entrusted to Carrons Funeral Home, "The Willing Friend," located at 325 East Nash Street, Wilson, NC. Condolences may be directed to www.carronsfuneralhome.com or emailed to carronsfuneralhome.com
To order memorial trees or send flowers to the family in memory of Larry Lamont Meachem, please visit our flower store.