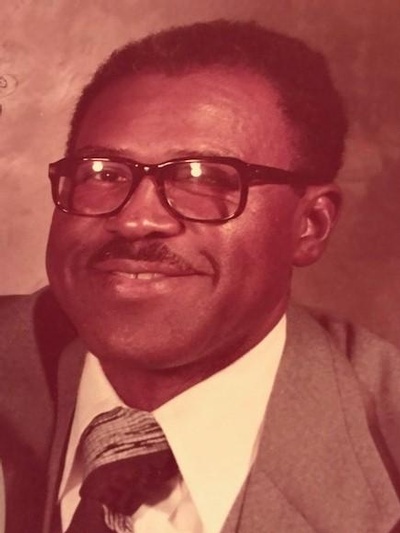 Elder Roger Bailey, Jr., age 92, of 1001 Academy Street, Wilson passed away on Monday, January 1, 2018. Elder Bailey was the son of the late Roger Bailey and Bessie Wynn Bailey.  At the age of seventeen, he enlisted in the United States Army where he served our country faithfully until he was injured.  On August 11, 1944, Elder Bailey was united in holy matrimony to the late Ardelia Cox Bailey.

A celebration of his life and legacy will be held 1:30 pm Saturday, January 6, 2018 at St. Rose Church of Christ Disciples of Christ 605 South Douglas Street, Wilson.  Apostle Steve Horton will be the eulogist, and Minister Shirley C. Howard will preside.  Interment will follow in Rest Haven Cemetery where military rites will be given.

Left to cherish his memory are his daughters, Carolyn B. Pearson who was his caregiver of Hyattsville, MD and Annette Conyers (Jimmy) of Springfield, OH; his sons, Larry Cox of Gwynn, MD, Roy Lee Bailey (Renea) of Fort Washington, MD, Roger Bailey, III (Gloria) of Durham, NC, Rasayon-Koko (Judith) of Clinton, MD and Roger Dewayne Leach of Lacey, Washington; sixteen grandchildren, thirteen great grandchildren, a special friend, Linda Leach of Wilson, a host of other relatives and friends.

A viewing will be held Friday, January 5, 2018 from 3 pm to 8:30 pm at Carrons Funeral Home with the family receiving friends there from 7 pm to 8 pm.  They will receive friends at other times at the residence and will assemble there at 12:30 pm on Saturday in preparation for the funeral procession.

Professional services have been entruted to the Carrons Funeral Home, 325 East Nash Street, Wilson, North Carolina.  Condolences may also be emailed to carronsfuneralhome@gmail.com or faxed to 252.237.0120.

Please remember the Bailey Family in your prayers.
To order memorial trees or send flowers to the family in memory of Elder Roger Bailey, Jr., please visit our flower store.