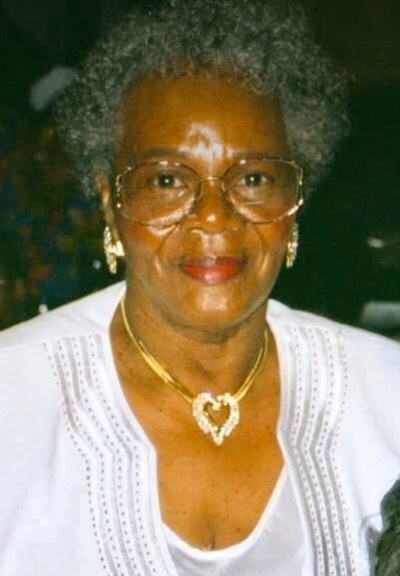 A public viewing will be held from 3 pm to 6 pm Friday, March 20, 2020 at Carrons Funeral Home 726 South Tarboro St., Wilson.  The family will be receiving friends at the home of her sister, Alma Lucas, 1306 Marlowe Street, Wilson, North Carolina.

Delores James Holmes was born on September 19, 1933, in Wilson, NC to the late Herman and Mildred James. She was the third of nine children. She departed this life on Wednesday, March 11, 2020 at Wilson Pines Nursing and Rehabilitation Center in Wilson, NC. She was educated in the Wilson County Public School System and graduated from Darden High School. She graduated from Fayetteville State University in Fayetteville, NC with a degree in Education.

Her first teaching job was in Georgia which was a little too far from home for her. So she moved to Kinston, NC and taught at C. H. Bynum Elementary School. She later returned to Wilson, NC to teach at B. O. Barnes Elementary School from where she retired. Because of her great love for teaching, she substituted at several schools and continued to tutor students after her retirement. Throughout her teaching career, she was well-loved by faculty and students.

Delores was married to Johnny Holmes on July 28, 1961 and remained married until his death on September 25, 2001. After she accepted Christ, she became a faithful and dedicated member at several churches but later joined St. Rose Church of Christ, Disciples of Christ where she became a Mother of the church.

Delores was a member of Silver Star #26, Order of Eastern Star for years and also a member of Handy Jewels Tent and worked in its thrift shop. She was also an active member of the Loyal Leisure Senior Citizens Club.  She volunteered at many places and offered her expertise as a dynamic bulletin board creator. She had a good sense of humor and was also loving, sensitive, caring, and generous to a fault.

Whether greeted as Mom, Mother Holmes, Miss Holmes, Delores, Dee (Granny Dee), Aunt Lois, or “that cute little lady”, she was loved, admired, and respected by all who greeted her. As she aged, she did not like leaving the house much, but once she went out, she barely wanted to return home because everyone she encountered on any day was her “good” friend which made her so happy. She was one of few who had so much fun at the grocery store.

In addition to her parents preceding her in death were her sister, Lucille McCall; and four brothers, Willie James, Herman James Jr., Hilton James, and Clyde James.

To order memorial trees or send flowers to the family in memory of Delores James Holmes, please visit our flower store.