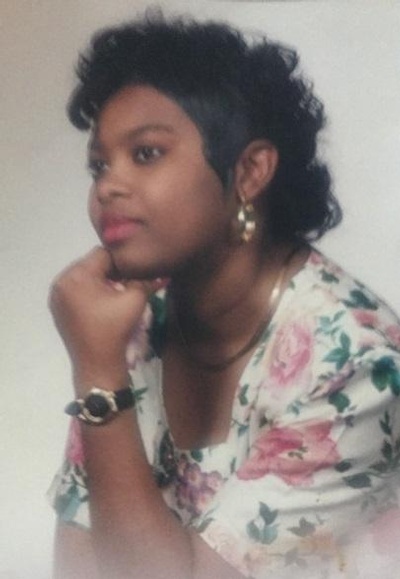 Mrs. Becky Jean Jenkins-Parker, daughter of Deloris Savage Hunt and the late Bobby Gene Jenkins, was born September 21, 1969 in Wilson, North Carolina.  On Friday morning, March 23, 2018, Becky peacefully made her transition from her earthly journey to her heavenly reward.

A book signing will be held on Tuesday from 6 pm to 7 pm at Carrons Funeral Home 325 East Nash St., Wilson where the family will be present.  The family is receiving friends at her residence, 2002 Crescent Drive, Apt. 5B, Wilson and will assemble there at 12 noon Wednesday in preparation for the funeral procession. Condolences may be directed to carronsfuneralhome.com or faxed to 252.237.0120.  They may also be emailed to carronsfuneralhome@gmail.com.

Please remember the Jenkins-Parker Family in prayer during their hours of bereavement.
Professional and caring service has been entrusted to Carrons Funeral Home, "The Willing Friend," 325 East Nash Street, Wilson, North Carolina.

To order memorial trees or send flowers to the family in memory of Becky Jean Jenkins-Parker, please visit our flower store.

Contending for the Faith Church Ministries