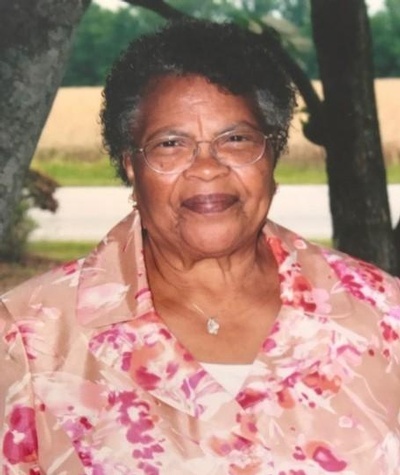 Mother Arthaniel Ward Neal, age 82, of 5234 NC Highway 264 Alternate East, Wilson was called from labor to reward on Friday, August 31, 2018. She was the daughter of Jackson Pete Ward and Bessie Newsome Ward.

A celebration of her life and legacy will be held Saturday, September 8, 2018 at 12 noon at St. Rose Church of Christ Disciples of Christ, 605 South Douglas St., Wilson.  Bishop Robert Earl Daniels, III will deliver the eulogy, and Elder Douglas Atkinson will preside.  Interment will follow in Rest Haven Cemetery.

A viewing will be held Friday from 3 pm to 7 pm at Carrons Funeral Home.  The family will receive friends at the residence and will assemble there at 11 am on Saturday in preparation for the funeral procession.  Please remember the Neal family during their hours of bereavement.

Professional and caring service has been entrusted to Carrons Funeral Home, "The Willing Friend".
To order memorial trees or send flowers to the family in memory of Arthaniel Ward Neal, please visit our flower store.